(or just an empty shell?)

Having once carved a globe from a yew log (see Dung Beetle) I had the idea of using the same technique to carve a hollowed out globe to be held in a hand. The oceans would be solid and the continents, holes in the hollowed shell.

The globe was turned on a homemade pole lathe using bungee cord in the roof. A spigot was left protruding from Antarctica to accommodate the rope and to provide a holding point when carving the piece.

I managed to find an atlas projection of the globe as gores which could be cut out and glued to the surface of the wood. The outlines could then be cut through with a knife and then enhanced with a small fluter. All that remained was to drill out the continents and hollow out the core. Easier said than done! Eventually I managed it with a selection of gouges, spoons and an electric carving tool with a flexible shaft. Smaller land masses such as the UK were drilled through and then shaped with a broken coping saw blade.

The Mediterranean Sea posed a problem since it was only held in place by the Straits of Gibraltar and the Suez Canal. More of that later.

Next the hand. Measurements were critical as the globe had to fit exactly. I decided to make a plaster cast of my hand using an alginate flexible mould making material. Alginate sets very quickly and the first results were terrible resembling the hand of a monster emerging from a swamp. Eventually I managed a reasonable result that was adjusted to fit the globe and fixed to a wooden frame. An identical frame which could hold the carving block was made so that when placed side by side direct measurements could be made and checked. 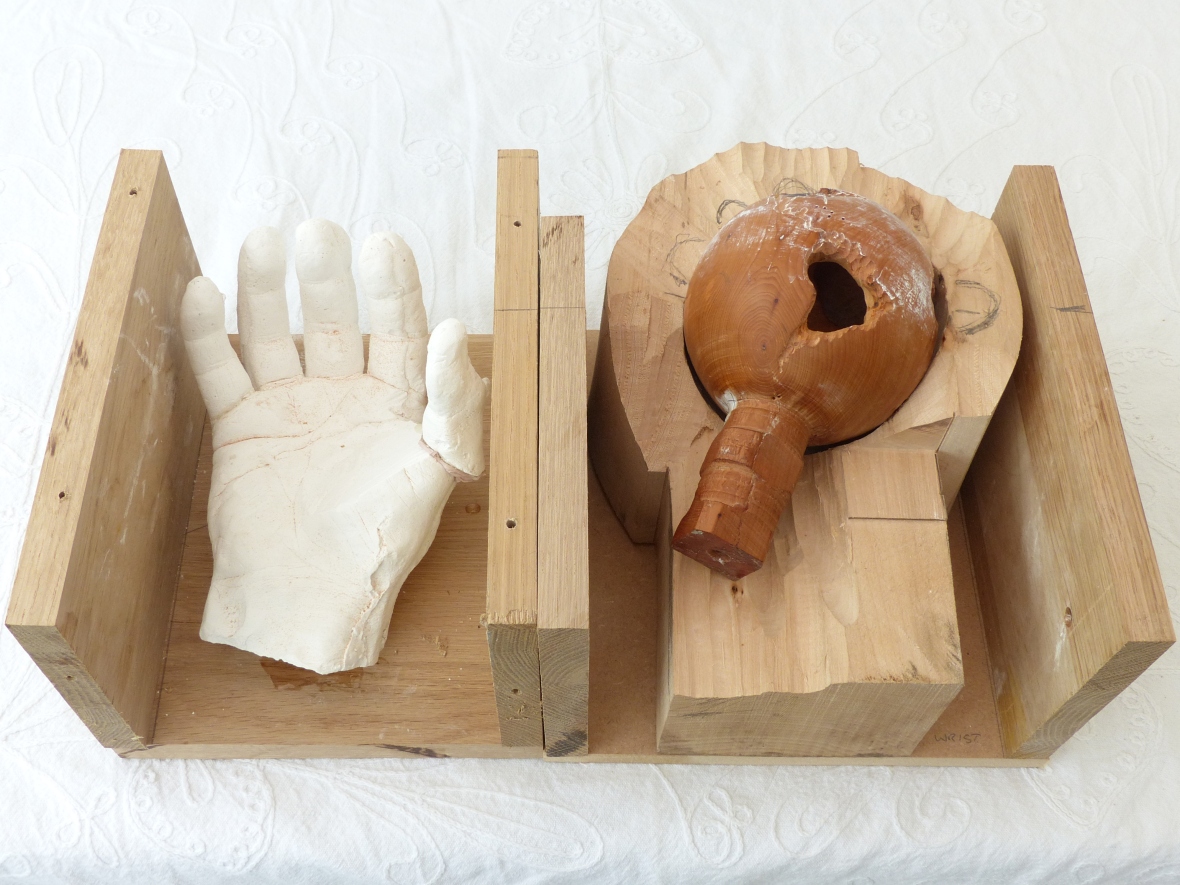 Final adjustments to the fit were made by applying chalk to the globe and offering it up to the hand in order to identify high spots which could then be removed.

The carving of the hand proved to be quite a challenge but with constant reference to the cast and, of course, my own hand a reasonable result was achieved.

The globe was now ready for the final touches. The spigot was removed and Antarctica established. But what about the Mediterranean? The Red Sea and Eastern Mediterranean were positioned under my thumb which when glued provided support. I’m afraid the Black Sea and Caspian were ignored.

Once glued together the carving was finished with Danish Oil.

But what about the title? When I started this was just another carving. Once finished, some people thought that there was some deeper meaning. Is that really my world view? Is our world a hollow shell? Does the Dung Beetle really mean that the world is a ball of **** being pushed around by some alien force? 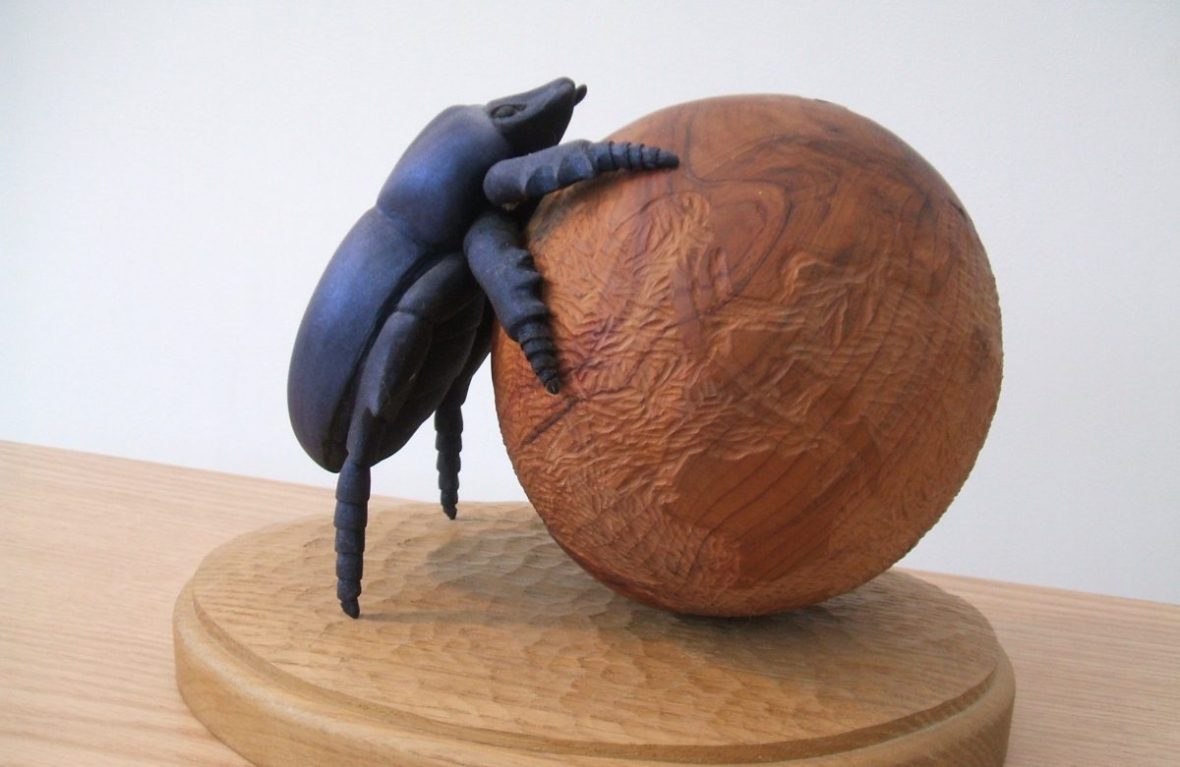 Sometimes I worry about myself!