This was my first attempt at a relief carving. I rather liked the idea of using contrasting woods and thought that something along the lines of Wedgwood’s “Jasper Ware” might fit the bill. Not content with that I went for a Greek urn rather than a plate!

Quite a challenge since I had no lathe and very limited experience on a pole lathe some years ago. Obviously I needed some help and sought advice from Pat Flynn, a fantastic wood turner and fellow carver. I sketched out some ideas, sourced some wood (black American walnut and sycamore) and went off to see Pat.

He gave me loads of advice and, most importantly, squared off the pieces of wood I had prepared and cut the 4mm veneers needed for the banding.

I had chosen to copy a “Lekythos” style urn because the central section was cylindrical which would make applying the contrasting wood easier. I rounded off the various sections and set about gluing them together. The chequered effect was achieved by sticking two veneers together, cutting them into segments and reversing alternate pieces before gluing to the next piece. Clamping was achieved by drilling the centres and using a threaded bar to pull them all together. I now had a lump of wood but still no lathe! 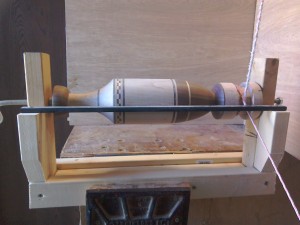 I decided to make a portable pole lathe which would clamp into a vice. All it then needed was a bungee cord in the roof and a broomstick against the skirting as a treadle and I was away. Very slowly and with much trepidation I gradually got towards the desired result and, with much scraping and sanding, I had a respectable looking urn.

Applying a 2cm layer of walnut as a collar around the centre section was the next problem. I cut three pieces of walnut which I hollowed out to fit the curve but getting a decent fit proved beyond me. Eventually I turned a cylinder from some old pieces of fencepost, stapled on some 60 grit abrasive paper and used the lathe to get a good fit. Crude but effective!

I wanted an action scene for the relief decoration and eventually found a frieze depicting the death of Achilles on the internet. This was then modified to suit my purposes by correcting some of the more bizarre anatomical details (check out the archer) but principally by removing Achilles’ body! Once I had made and fitted the walnut collar to the urn I stuck a photocopy of the design onto the surface and could begin carving.

First I sketched in the outline of the figures with a fluter and then tried to establish some depths and the important high points. This was quite tricky and I am indebted to Mike Painter who patiently guided my efforts over a period of months. (I never said that I was quick!) Getting down to the surface of the sycamore was very satisfying but also terrifying since any slip could ruin the background. Also the layer of glue had to be removed by careful cutting and scraping.

As the figures gradually emerged a few problems needed to be resolved. The spear carriers on the right were fine as their spears were against the background wood but the left hand one looked very clumsy when first carved. Eventually I removed it, turned a spear, drilled his hand and inserted the spear so that it could sit above the surface of the figure.

The handle was cut roughly to shape on the band saw and a rough fit established. Chalk was applied to the neck of the urn, the handle offered up and high spots removed until a good fit was achieved and the finished handle could be glued into place. 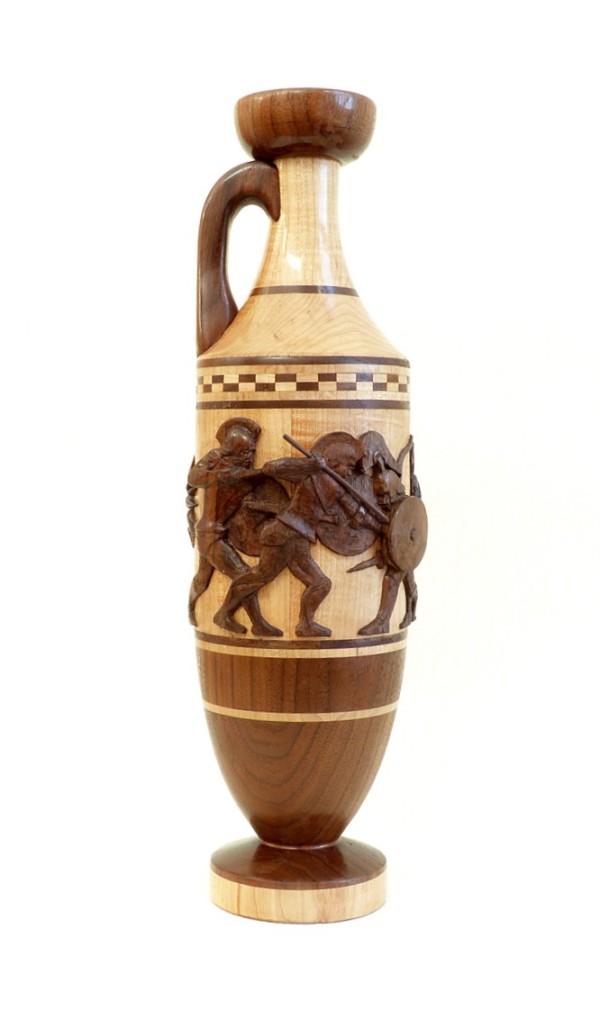 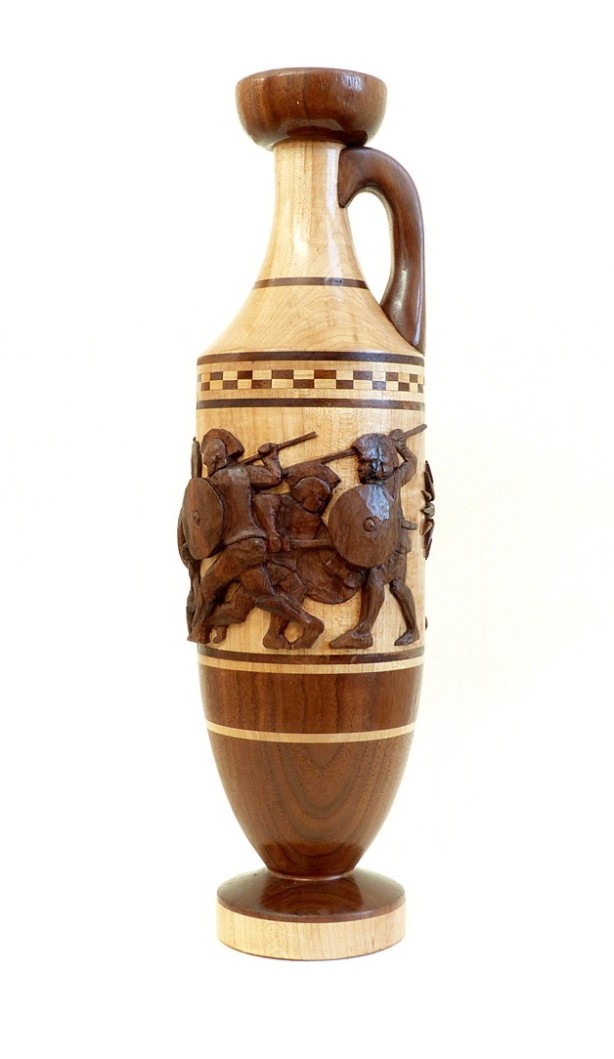 Eventually the carving was finished and a few coats of Danish oil finished it off. Quite a relief when I think of all the things that could have gone wrong. 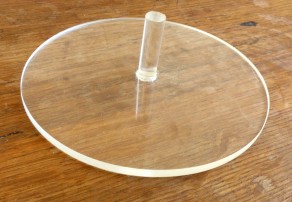 I was a little concerned that, with such a small base and my reputation for being somewhat accident prone, the urn might be a little vulnerable to accidents. I cut a disc of acrylic and glued in a central peg that fitted the base of the urn. This unobtrusive arrangement effectively doubled the area of the base and gave me some reassurance about its stability.

At the beginning of the process I had drilled out the centre section so that the finished piece could still function as an urn. Mind you, they will need to use a funnel to get my ashes in!

A long slog but certainly worth it.