Many years ago, in a craft shop, I had seen a bronze octopus mounted on a rounded boulder. It was way out of my price range but the image stuck with me and I decided to see if the idea would work in wood.

The first thing was to find a boulder/cobble. The local garden centre sold these and I chose one with variations in colour and levels.

I wanted to make a maquette but for this I needed an identical stone so I made a plaster cast and modelled the octopus in plasticine.

The next step was to make the wood fit the stone. This proved to be the most time consuming and demanding phase of the carving. A rough fit was obtained and then chalk was applied to the stone. The wood was repeatedly offered up to the stone, high spots removed, and eventually a good fit obtained. 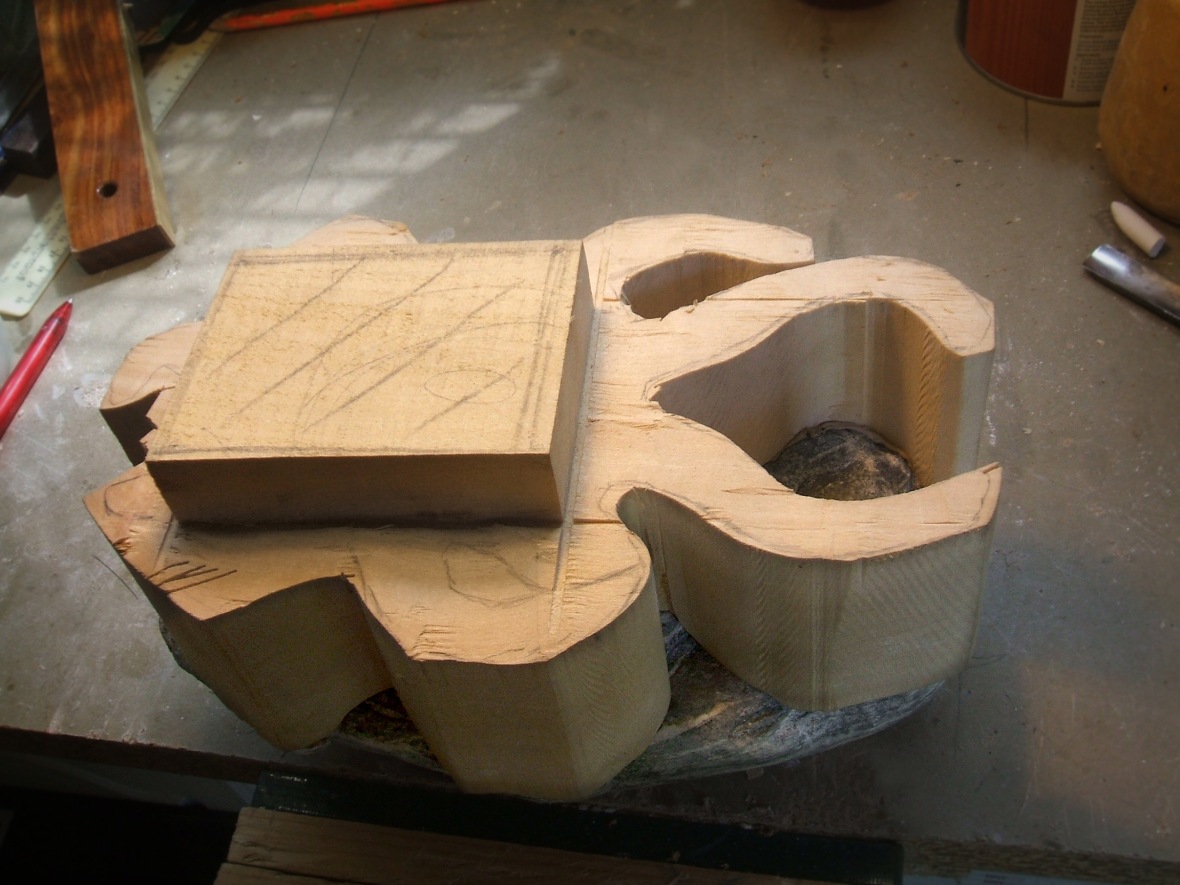 The wood was fixed to the stone with grab adhesive which had the advantage of being a good colour match and would not damage the chisels. 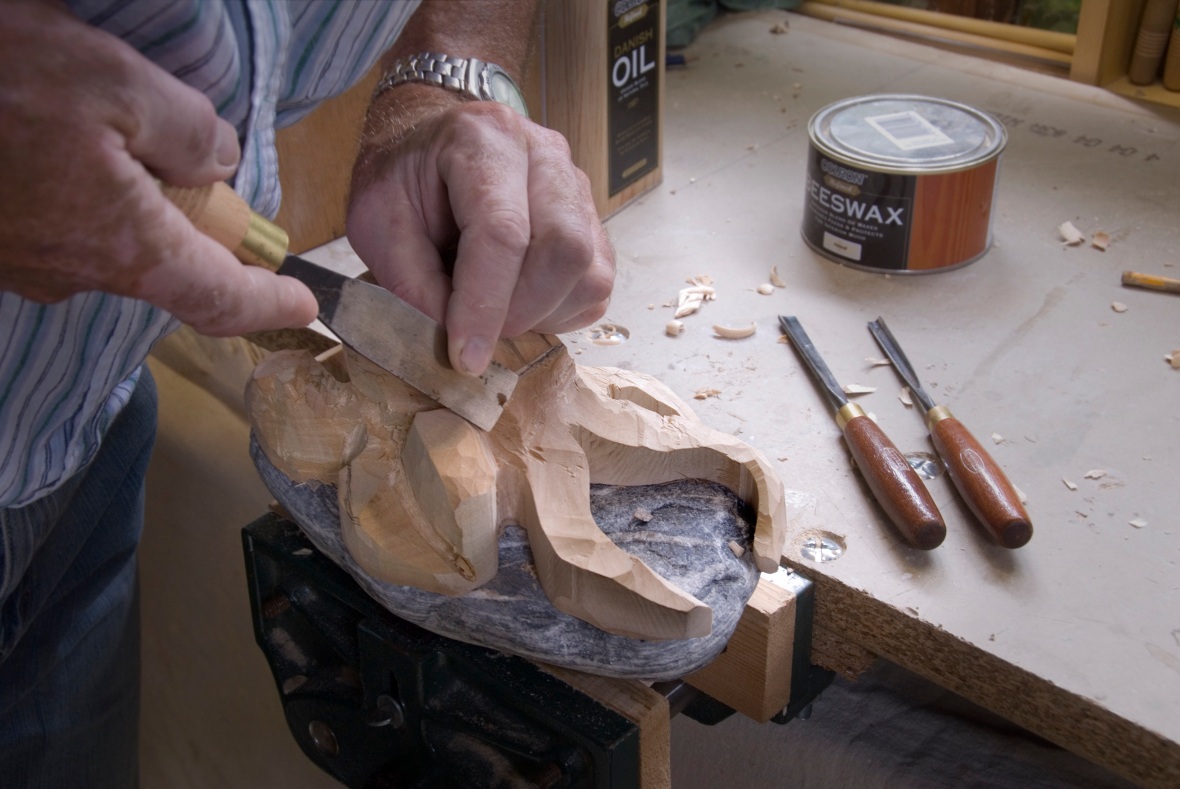 Now the carving could begin.

The image was gradually refined.

Not quite up to the standard of the bronze but not a bad result. I would not use grab adhesive again. Although it stuck well enough I never felt that it was fully secure and consequently was rather tentative in the use of my chisels.