There are many examples of carvings of clothing, from Grinling Gibbons’ cravat to more mundane items.

I had never been tempted down this route until I came across the work of Belinda Durrant. Amongst other things she works with lead sheet to produce sculptures of feminine articles such as babies’ shoes and ladies’ underwear. I don’t know what it was that attracted me to her basque but I decided to try to carve a version in wood. (Anyway the research might prove interesting!

A composite block of lime was glued up and outlines of the front and sides sketched in. A lot of material had to be removed with chisels as the block was too big for the band saw.

Mike Painter was a big help as I got towards the final form. His understanding of anatomy is second to none. (His knowledge of lingerie isn’t bad either!)

Once the outside had been finished to a reasonable standard I turned my attention to the interior. I wanted the finished carving to be as realistic as possible, as if being worn by an invisible woman. However, access was almost impossible with no room to manoeuvre a chisel into a cutting angle.

In an effort to overcome this problem I cut the handle off an old gouge and mounted
it at an acute angle in a longer handle so that it could be used with a pulling action.
This worked up to a point but the breakthrough came by pure chance.

I had bought a chisel from a junk shop. It was of good quality c1890 but had been sharpened with the bevel on the inside of the curve. This gave it a very acute cutting angle and with a handle extension I had access to all areas.

Once the wall thickness was down to one or two cm the inner surface was finished with cabinet scrapers and I could turn my attention to the outside.

There are three types of detail:

The most prominent feature was the lacing at the front. The main decision was deciding whether to drill the holes before or after carving the eyelets. I opted former but then made a fundamental error. Too many holes! This meant that at one end the laces would tie on the outside and at the other, on the inside. (Hopefully no one will notice!) 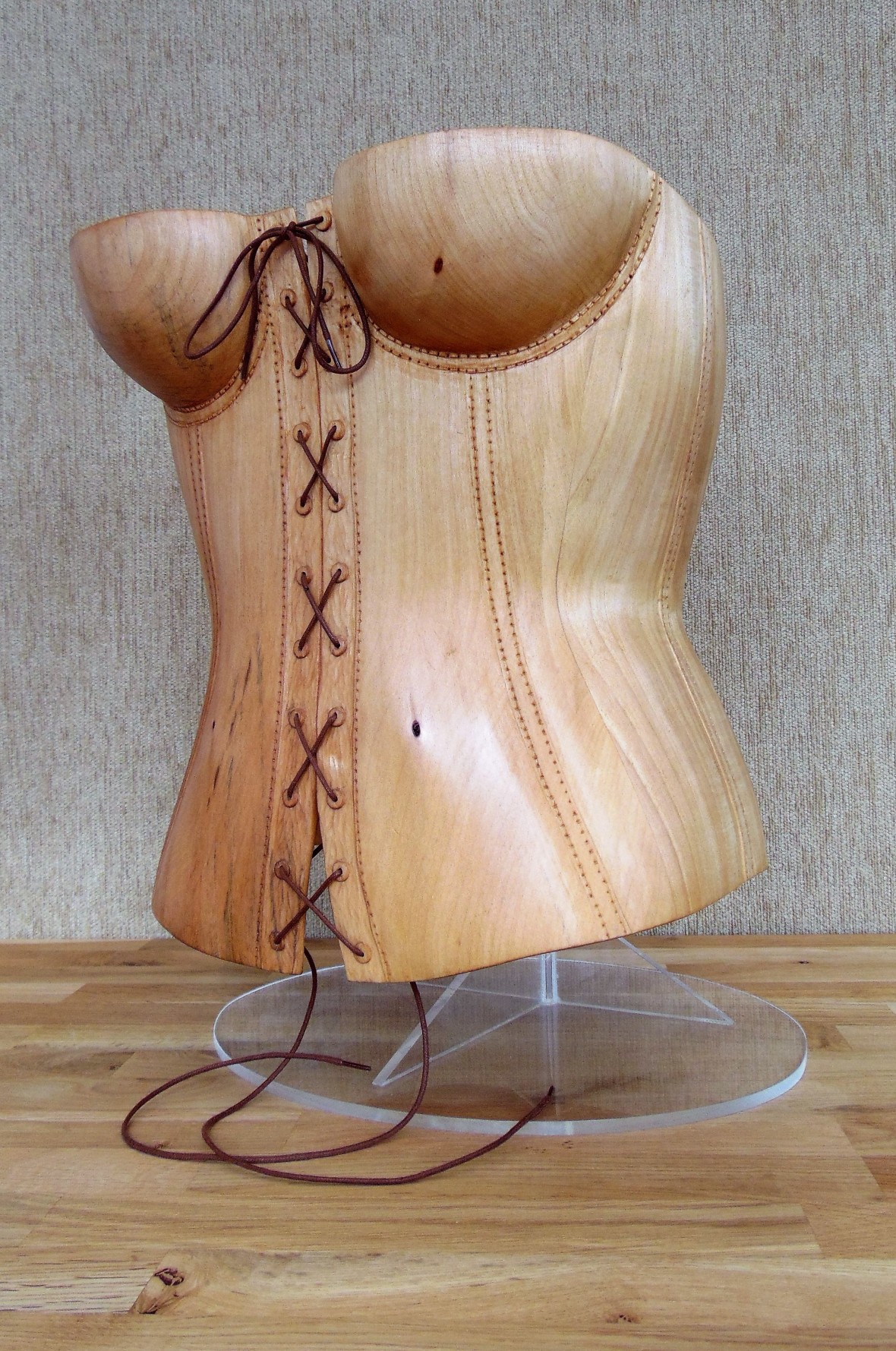 The stitching posed some problems but I developed a technique that is a variation on the method used to create a raised feature on a carving such as the warts on a toad.

In that case a punch is used to make an indentation in the surface of the carving. The surface is then cut back to the level of the bottom of the indentation. When the carving is moistened with water the compressed fibres swell up and give you the raised feature or “wart”.

I used a similar method to produce lines of stitching. The line was impressed into the wood by pressing a blunt bradawl along the line or better still by using a glass cutter! This gave an easily controlled way of producing an indentation of fixed width and depth.

The wood was then cut back to the bottom of the line and moistened. Within a few seconds a raised line appears. Once dry, the stitch hole positions can be marked. A leather worker’s wheeled tool is ideal for this.

The raised wood around the holes is removed and the holes made with a pointed bradawl. The method works well along the grain and on end grain but not so well when
working across the grain.

Zip
Finally I had to carve the zip at the back. This was a bit of an afterthought. The zip was carved with a small veiner and the slider carved separately and glued on. 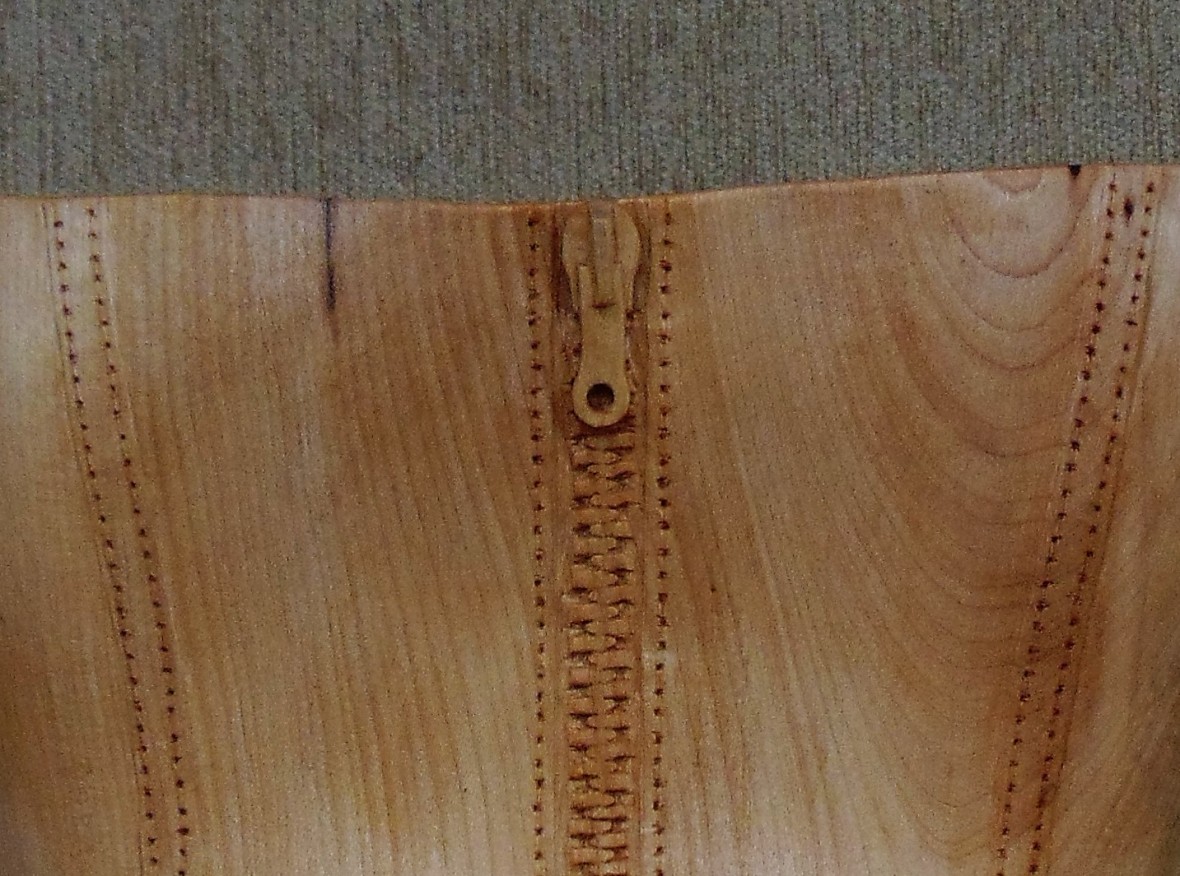 After a lot of finishing the carving was completed but how to display it? I had left extra thickness at the back so that it could be mounted on the simple acrylic stand that you see.

As for the title perhaps it says something about the contradiction between fantasy and reality.